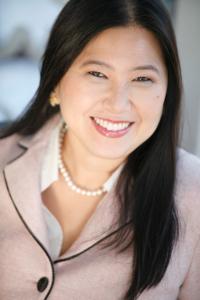 As with creating the new breast itself, there are several ways to reconstruct the nipple. The nipple is almost always added at a later date after the breast has healed.”

NEW YORK, NEW YORK, UNITED STATES, April 26, 2022 /EINPresswire.com/ — April 2022 – Breast reconstruction after mastectomy presents women with many decisions. The type, progression, location, and size of their cancers will influence their direction as will their goals for undergoing breast reconstruction. “In the past, women had to be satisfied with breast reconstruction that provided them with an upper body breast mound while wearing clothes, a low bar that can be achieved with implants,” says Dr. Constance M. Chen, plastic surgeon and reconstructive breast specialist. “Others want a breast that comes as close as possible to the one that was lost. Advances in breast reconstruction allows a woman to use her own tissue to recreate a breast that is soft, warm, and alive. If the nipple was removed, it can also be reconstructed to restore a breast that can look natural without clothes.”

Creating a new breast from her own tissue, known as “autologous reconstruction,” is the gold standard in breast reconstruction. The tissue is taken from a donor site, such as the abdomen, to restore a living breast. Nerves can be reconnected to restore sensation. In the past, mastectomies used to remove the entire nipple-areola complex – the nipple itself and the colored circle surrounding it, but modern mastectomies spare the nipple if it is not involved in the cancer and the breast surgeon has been trained to perform nipple-sparing mastectomy. If a woman has bloody nipple discharge with cancer cells in or near the nipple, however, the nipple must be removed.

“As with creating the new breast itself, there are several ways to reconstruct the nipple,” says Dr. Chen. “The nipple is almost always added at a later date after the breast has healed.”

One common way to create a nipple is to use a flap of skin from the surrounding breast tissue. The skin is folded and reconfigured in the shape of an elevated nipple. If there is a large, native nipple on the other breast, a nipple-sharing technique can remove part of the native nipple and graft it onto the reconstructed breast to form a new nipple. This approach allows the surgeon to match the new nipple to the natural nipple in size, color, and position. A surgically constructed nipple will usually lose volume over time and is initially made larger than the final desired size.

After a nipple has been built, color is generally added to the nipple and areola via a tattooing process. Some women elect to bypass surgical nipple reconstruction in favor of a three-dimensional tattoo that has no physical dimension but provides the optical illusion of a nipple. “3D tattooing has grown in popularity as the artistry of the procedure has improved,” says Dr. Chen. “Some women prefer not to undergo an additional surgery and decide that a tattoo is enough for them.”

“Every woman facing choices about breast reconstruction has options,” Dr. Chen concludes. “Her surgeon can help her clarify her goals and understand what would work best for her. Completing the breast with a surgically constructed nipple and/or with a tattoo can be an important step in her journey to regain control of her body.”