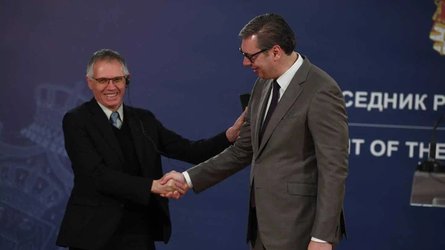 Stellantis announced a €190 million ($200 million) investment to produce electric cars at its plant in Kragujevac, Serbia (owned in 33% by the Republic of Serbia). About a quarter or €48 million ($50 million) of the amount will come from Serbia.

Currently, the company produces at the site the Fiat 500L minivan model, which will be replaced by an undisclosed, all-new, electric compact model based on a new electric platform. Production is set to start in mid-2024.

Stellantis notes also that depending on the situation, the plant will be able to handle production of another model in the future. In general, the target for the plant and platform are A, B and C segments.

The investment in Serbia is not a big surprise, as the plant is already there and interestingly, Nidec is building a new electric motor factory in Novi Sad in Serbia. Nidec and PSA (which together with FCA merged into Stellantis) have already partnered on electric motors in France, which suggests that the same might be the case also in Serbia.

Let’s recall that as far as Europe is considered, Stellantis intends to switch to 100% electric cars by the end of this decade. To prepare for the transition, the company works on several new platforms and invests in plants as well as battery gigafactories (three were already confirmed for Europe – in France, Germany and Italy).

Earlier this year, Stellantis announced that its 14 brands will be gradually electrified, including 25 new all-electric models in the US by 2030. So far, in the US, Stellantis’ (formerly FCA) focus was on plug-in hybrids, and some of them are selling relatively well, like the Jeep Wrangler 4xe (8,346 units in Q1 2022).

Only time will tell whether the group will be able to successfully switch to electric vehicles as the Stellantis CEO Carlos Tavares at multiple occasions criticized the accelerated move to BEVs (compared to hybrids) due to many challenges, including an increase in the total production costs by 40-50%, compared to ICEs.