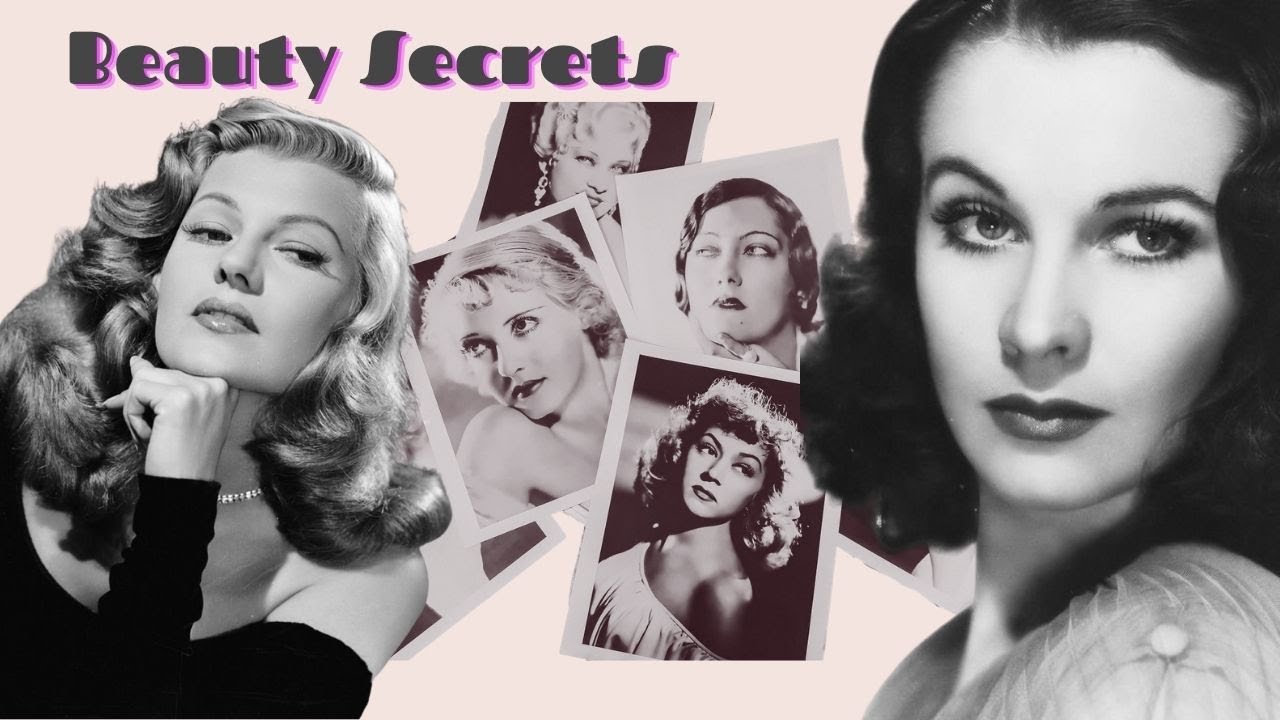 Hello lovelies, today I will be discussing fifteen old Hollywood beauty secrets from your favorite movie stars from the golden age of Hollywood.

1.Marilyn Monroe
Marilyn Monroe would have her makeup artist apply five different shades of red lipstick to make her lips appear fuller with more dimension. The darker reds went on the outer corners while the lighter hues were brushed in the middle of the lips.

2.Elizabeth Taylor
Elizabeth Taylor would shave her face regularly to remove the fine baby hairs and the surface layers of her skin, which gave her skin a natural glow.

3.Audrey Hepburn
After Audrey Hepburn applied mascara, she would use a pink to separate her individual lashes to get long clump-free lashes.

4.Carol Lombard
Carol Lombard was in a car accident that left her nose slightly curved so she would draw a thin white line along her nose to make it look straighter.

5.Grace Kelly
Grace Kelly would contour her cheeks with two shades of blush. She would use the darker shade under her cheekbones and the lighter shade on the apples of her cheeks.

6.Vivien Leigh
Vivien Leigh was insecure about her bottom lip, so she would use a lip liner to draw outside her natural lip to give an illusion of a larger pout.

7.Marlene Dietrich
Marlene had her molars removed to accentuate her cheekbones further and used surgical tape to give herself a temporary facelift.

8.Rita Hayworth
Rita Hayworth would apply oil to her hair after she washed it and wrapped it in a towel for fifteen minutes. She would then wash it out with hot water and lemon juice to remove leftover residue.

10.Mae West
Mae West used coconut oil to moisturize her face and body long before it was popular. It would give her skin a youthful glow.

11.Gloria Swanson
Gloria Swanson claimed that her skin beauty secret was raw vegetables. She applied then to her face and made sure to eat them regularly.

12.Ingrid Bergman
Ingrid Bergman had a natural approach to beauty and would shave a centimeter off of her hairline to make her forehead look larger.

13.Sophia Loren
Sofia Loren had a strict Mediterranean diet where she would use olive oil on her skin and in the bath.

14.Gloria Grahame
Gloria Grahame was self-conscious of her upper lip because she felt that it was too thin. She would stuff cotton or wads of tissue between her lip and teeth for a plumper look.

15.Bette Davis
Bette Davis kept her eyes looking bright by applying cucumbers to her lids at night and used petroleum jelly under the eyes to combat dark circles.