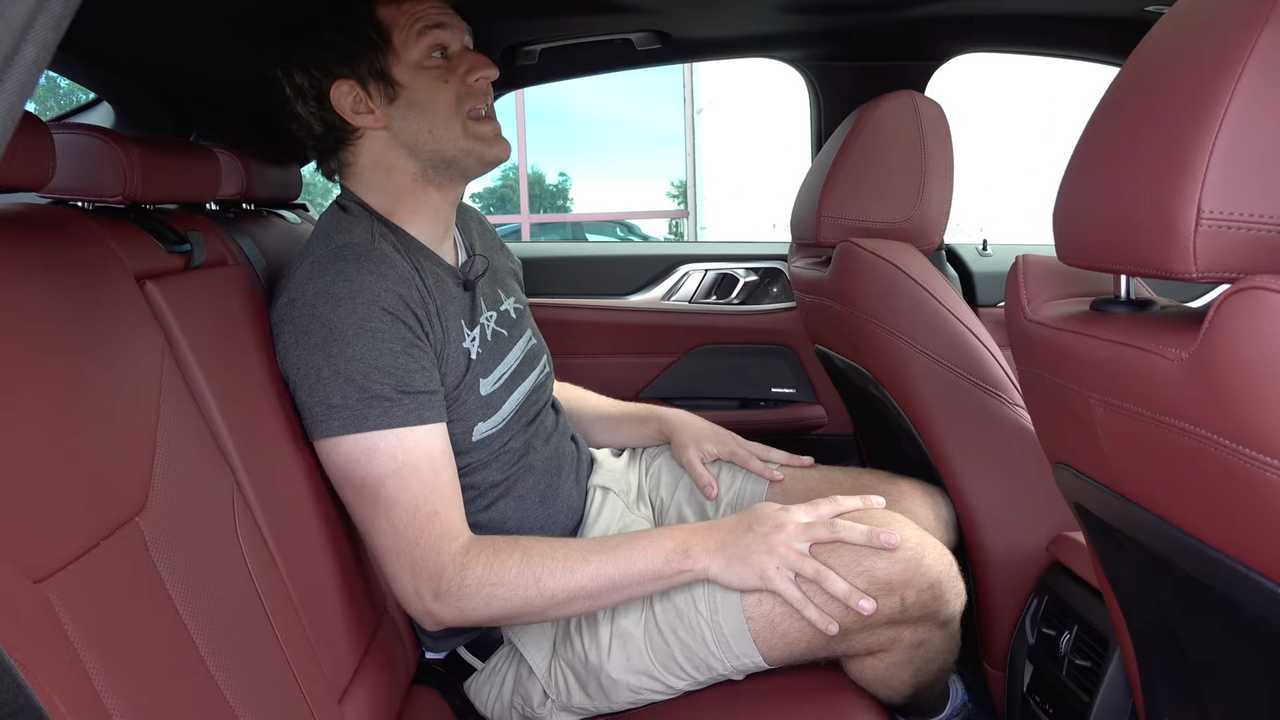 The BMW i4 and iX are the first direct threats to Tesla from the Bavarian automaker. The former targets the Tesla Model 3, while the latter is a rival for the Model X.

YouTube influencer Doug DeMuro takes a close look at the former model in range-topping M50 guise in his latest video. The BMW i4 M50 is a dual motor, all-wheel-drive electric fastback sedan that makes 536 horsepower and 586 lb-ft of torque and is capable of sprinting from 0 to 60 mph in 3.7 seconds and reaching a top speed of 130 mph.

The motors draw energy from a 83.9-kWh high-voltage lithium-ion battery pack that enables a driving range of up to 270 miles with the smallest wheels. It’s priced from $65,900, making it some $3,000 more expensive than a Tesla Model 3 Performance. While it has more power, it’s less efficient than a Model 3 Performance and it offers significantly less range.

The BMW i4 M50 compensates in other areas, though. The video starts by analyzing the i4 M50’s interior dominated by the massive curved screen separated into a digital gauge cluster and central infotainment screen. DeMuro says the latest version of the iDrive system is top notch, although he’s not a big fan of having to access the touchscreen for anything HVAC-related.

The cameras are also high quality and come in handy when having to maneuver or park the BMW i4 M50 in tight spaces. The driving assist tech is another thing Doug DeMuro liked, labeling it as good as any other system he’s seen.

He was less thrilled with rear passenger space, more specifically the insufficient amount of legroom, knee room and headroom for adults. This has something to do with the fact that the i4 is not built on a dedicated EV platform, and the presence of a hump in the floor shows that.

The rear cargo compartment is a different story, offering enough space and great access thanks to the hatch; there’s no front trunk, though.

As for the driving experience, the expectations are obviously high given that this is the brand’s very first EV tuned by the BMW M division. As DeMuro found out, the i4 M50 doesn’t disappoint if you don’t think of it as a full-blown M car. It’s really quick—it feels quicker than 3.7 seconds to 60 mph—and it’s fun to drive in corners. However, because of the added weight of the batteries, it doesn’t feel as agile and planted in turns as a similarly priced BMW M3.