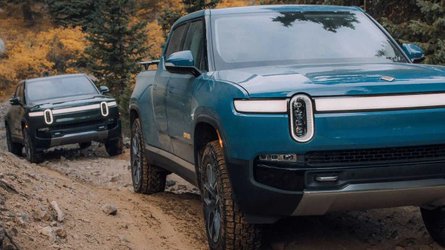 Rivian is recalling 502 of its R1T fully electric pickup trucks due to a concern with a seat sensor. The sensor is responsible for deactivating the airbags when a child is sitting in the seat or there is a car seat present. Rivian says it may not deactivate the airbag as it should, though the automaker is not aware of any accidents, injuries, or deaths related to the issue.

Editor’s Update: A Rivian spokesperson reached out to us with some additional information, as well as an official statement.

While mail notifications may not go out to owners until July 1, Rivian will actually be reaching out via other means as soon as possible. If aren’t contacted and you believe you should be, visit NHTSA’s recall website to do a VIN lookup. Rivian shared the following statement.

The spokesperson also clarified that the supplier has assumed the cost of seat replacement.

According to the National Highway Traffic Safety Administration (NHTSA), this comes as the first official recall issued by Rivian since it started delivering vehicles last year. The recall applies to Rivian R1T pickup trucks from the 2022 model year. However, only those manufactured between Sept. 21, 2021, and April 12, 2022, are potentially impacted.

Rivian submitted the recall this week, on Tuesday, May 10, 2022. The information related to the recall explains that a system for classifying vehicle occupants was improperly calibrated. A supplier manufacturing defect is said to be the cause. Since the calibration is incorrect, the impacted R1T’s don’t comply with Federal Motor Vehicle Safety Standard requirements related to the protection of occupants during a collision.

As reported by Automotive News, Rivian shared in the recall report:

“The customer may be made aware of the status of the passenger restraint system by the illumination, or lack thereof, of the ‘passenger airbag off’ lamp in the lower corner of the center display. In some circumstances, the passenger seat belt notification may chime when the seat is empty.”

Sadly, to fix the problem, Rivian will have to replace the electric truck’s front passenger seats with others that are manufactured and calibrated correctly. If you own an impacted R1T, you’ll receive a notification from Rivian by July 1. It could come as an email, text message, in-car message, or even a center display notification in the R1T.

In the meantime, Rivian is warning owners not to put their children or car seats in the front passenger seat until after the recall repair is performed.