Why Is The Wall Street Journal Trying To Become an Ecommerce Platform? – How Money Works #shorts 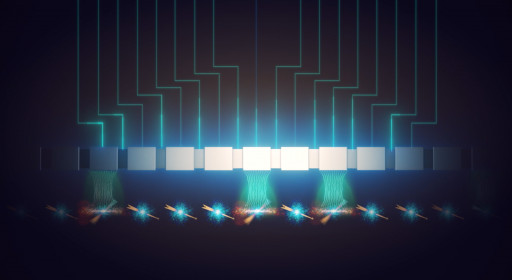 Engineers have discovered a new way of precisely controlling single electrons in quantum dots that run logic gates. What’s more, the new technique is less bulky and needs fewer parts – essential to making large-scale silicon quantum computers a reality. The discovery, made by engineers at the quantum computing startup Diraq, is in the journal Nature Nanotechnology.

“This was a completely new effect we’d never seen before,” said lead author Dr. Will Gilbert, an engineer at Diraq, a UNSW spin-off based at the university’s Sydney campus, Australia. “But it quickly became clear that this was a powerful new way of controlling spins in a quantum dot. And that was super exciting.”

Logic gates are the basic building block of all computation; they allow ‘bits’ – or binary digits (0s and 1s) – to work together to process information. However, a quantum bit (or qubit) exists in both of these states at once, known as a ‘superposition’. This allows a multitude of computation strategies – some exponentially faster, some simultaneous – that are beyond classical computers. Qubits themselves are made up of ‘quantum dots’, tiny nanodevices that can trap one or a few electrons. Precise control of the electrons is necessary for computation to occur.

While experimenting with different geometrical combinations of devices just billionths of a meter in size that control quantum dots, and various types of miniscule magnets and antennas that drive their operations, Dr. Tuomo Tanttu stumbled across a strange effect.

“I was trying to really accurately operate a two-qubit gate, iterating through a lot of different devices and slightly different geometries,” recalls Dr. Tanttu, an engineer at Diraq. “Then this strange peak popped up. It looked like the rate of rotation for one of the qubits was speeding up, which I’d never seen before.”

What he had discovered, the engineers later realised, was a new way of manipulating the quantum state of a single qubit by using electric fields, rather than the magnetic fields used previously. Since the discovery in 2020, Diraq has been perfecting the technique – which has become another tool in their arsenal to fulfil Diraq’s ambition of building billions of qubits on a single chip.

“This is a new way to manipulate qubits, and it’s less bulky to build – you don’t need to fabricate cobalt micro-magnets or an antenna right next to the qubits to generate the control effect,” said Gilbert. “There’s less clutter.”

“This is a gem of new mechanism, which just adds to the trove of proprietary technology we’ve developed over the past 20 years of research,” said Prof Andrew Dzurak, CEO and Founder of Diraq, and Professor in Quantum Engineering at UNSW, who led the team that built the  the first quantum logic gate in silicon in 2015.

“It builds on our work to make quantum computing in silicon a reality, based on essentially the same semiconductor component technology as existing computer chips, rather than relying on exotic materials,” he added. “Since it is based on the same CMOS technology as today’s computer industry, our approach will make it easier and faster to scale up for commercial production and achieve our goal of fabricating billions of qubits on a single chip.”

LINKS FOR MEDIA USE ONLY

HeadBox’s Lead Feed is an annual subscription granting access to a pool of qualified leads and positioning hosts as proactive instead of reactive.

To kick off the new year, leading event tech platform HeadBox has updated its Lead Feed product to allow function venues Brisbane-wide to go after more. From January, hosts can now choose to upgrade their memberships to access a higher value of leads and more venue marketing.

Trusted across Australia, including the premier venue hire Brisbane spaces, Lead Feed provides a host of benefits for all types of venues. HeadBox explains that the software was created to provide venues with new business opportunities, allowing them to proactively reach out to new bookers.

A quick and easy tool for lead generation, the technology generates quality leads and connects venues directly with bookers. Unlike many other event booking platforms, Lead Feed enables venues to secure bookings without paying a commission.

Any function room Brisbane–wide can subscribe to the platform and reach out to leads when they need them. With advanced filtering options, venues can ensure they only see leads that are relevant to them by setting their ideal budget, preferred event types and capacities.

Venues can easily monitor their Lead Feed activity with the ability to see all their key metrics at a glance and track performance over time.

Lead Feed also provides venues with instant notifications, ensuring they never miss a relevant lead again. HeadBox explains this feature helps venues to stay ahead of the competition by being the first to respond to fresh leads when bookers are searching for function rooms hire Brisbane-wide, increasing their chances of securing the booking.

Nedap iD Cloud will now enhance lululemon’s current capabilities to engage customers in new and compelling ways, meeting them where, when, and how they want to shop. 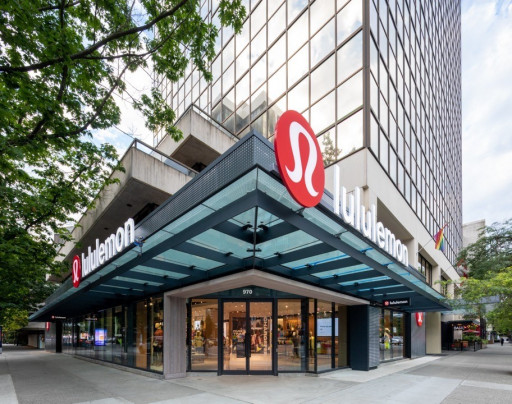 Nedap (AMS:NEDAP), the global leader in RFID solutions, has been selected by lululemon (NASDAQ: LULU) as their new provider for the deployment of Nedap iD Cloud, which will enhance its omni-guest experience across its 600+ stores globally by optimizing product availability.

lululemon athletica inc. has partnered with Nedap as they continue to invest in a strong omni-guest experience across the globe. As stores are a significant point of connection and community for lululemon’s guests, Nedap’s iD Cloud platform is a crucial pillar to unlock real-time inventory data so that stores have the right product assortment available on their floors, creating a seamless experience across brick-and-mortar through digital engagement.

“Our guests are at the center of everything that we do, and we are hyper-focused on creating strong guest connections through seamless store and online experiences,” said Carl Barker, Vice President, Global Omni Programs at lululemon. “With Nedap’s iD Cloud solution, we can leverage real-time, accurate data to enable our in-store educators to spend even more time engaging and connecting with our guests. Having a fully mobile cloud solution in our stores greatly contributes to this experience. Online, RFID continues to elevate our digital experience, offering accurate real-time store inventory visibility and powering key fulfillment experiences such as buy online, pickup in store (BOPIS).”

In August 2022, lululemon began its deployment of iD Cloud to its fleet of North American stores. The project was completed in September when all North American stores became live on iD Cloud. lululemon will continue to scale up the RFID-based inventory management platform to Europe, the Middle East, Africa, and the Asia Pacific region in early 2023, streamlining growth in new markets.

Ailen Bilharz, Director of iD Cloud Platform North America at Nedap, comments: “Retail is habitually met with an ever-evolving environment and lululemon thrives from a position of strength by staying true to their vision and values on serving their guests and alike across the globe. As highly advanced RFID users, lululemon’s adoption of the iD Cloud platform commences the next phase in their RFID journey. With Nedap’s scalable real-time solution, lululemon will continue to meet demand and supply across all channels while elevating the digital and physical guest experience.”