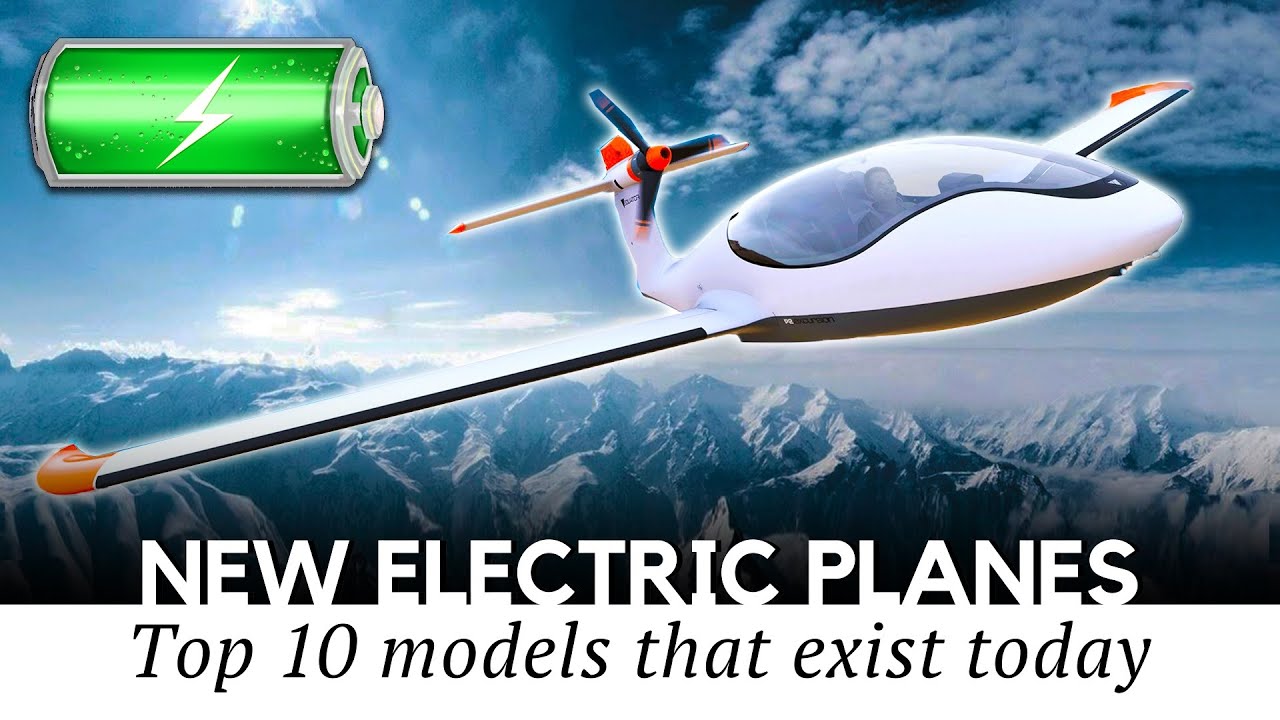 In the foreseeable future, electric propulsion will inevitably dominate any conceivable means of transportation, and airplanes are not an exception. Decreasing battery prices, increasing battery density, and steady realization by the aviation companies that EV aircraft are here to stay, result in the development of new compelling models. In today’s episode of Automotive Territory, we will venture onto the airstrips once again where electric aircraft are getting ready to noiselessly blast off into the skies.

Previous #AutomotiveTerritory about latest aircraft news that you may want to check out:

Some of the best amphibious aircraft that exist today:

Details about all models that made it to this #ATAircraft episode:

When talking about ambitious electric aircraft projects, the Israeli startup Eviation is aiming higher than anyone else. The Alice is a luxurious small business jet with all-composite structure, designed to cruise 9 passengers at 240 knots.

We have first heard about the German startup Lillium back in 2017, when the company presented their vision of a personal mobility, all-electric aircraft. Since then, the Lillium Jet stopped being a computer rendering, completed its maiden flight, and even received “a thumbs up” from Elon Musk.

Equator P2 Xcursion is an all-electric seaplane that is by a 132-horsepower electric motor fed by a 12kWh battery located in the cabin and a smaller 6kWh pack in the nose. This setup is expected to offer 108 nautical miles of range, but for now, the aircraft can stay in the air for 35 minutes.

Expected to operate as a flying taxi in large cities, the all-electric Cora combines self-flying and VTOL capabilities. The model was initially developed by the California startup Kitty Hawk, but now it is a part of the brand’s joint venture with Boeing.

Creating an original aircraft, especially an electric one, is lengthy and complex process, so some manufacturers actually prefer to stick to tried and tested designs by outfitting planes from established brands with electric drivetrains. Among such builds is the eCaravan, which basically a Cessna 208B Grand Caravan fitted with an electric propulsion system from Magnix.

The Switzerland-based Dufour Aerospace completed the first phase of flight testing dedicated to their VTOL technology. Their electric prototype aircraft, dubbed the aEro 2, is inspired by the experimental tilt-wing Canadair CL-84.

Motivated by the forecasted overwhelming demand for new aircraft pilots, the American manufacturer Bye Aerospace has embarked on a mission to produce two and 4 seat trainers for general aviation, respectively labeled as eFlyer2 and eFlyer4.

Opener Aero is the VTOL startup supported by Google’s Larry Page. They developed the BlackFly, which is the world’s first ultralight fixed-wing, all-electric, vertical take-off and landing aircraft.

Based on the Piper Malibu Mirage turboprop, Zeroavia HyFlyer is the commercial aircraft prototype that comes powered by a hydrogen fuel cell system.

Claimed to be 100 times quieter than a regular helicopter, Heaviside is Kitty Hawk’s most recent, 1-seater VTOL project. It was revealed to the public in 2019, boasting of a sleek design, a simple carbon fiber cockpit, and a 20-feet wingspan.