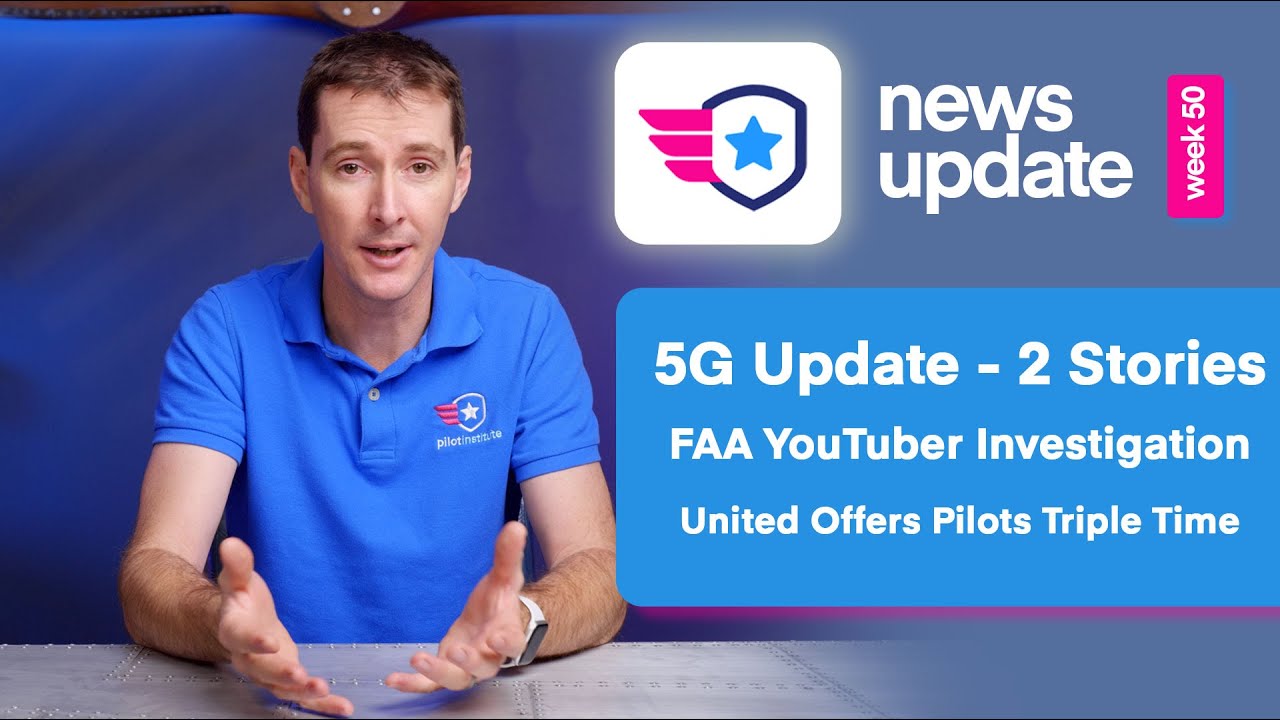 This week in Airplane news: Three updates on the 5G roll out, the FAA is investigating a YouTuber who may have intentionally crashed his plane, and United Airlines is offering up to triple time for additional trips.

The FAA has shown samples of NOTAMs to be issued starting January 5th, (a few days ago as you watch this) when the 5G rollout happens for 46 cities.
In a statement from December, the FAA said they would disallow the use of many instrument approaches and any aircraft systems that rely on radar altimeter data including:
Autoland
Heads up displays
Enhanced vision systems

Verizon and AT&T have said they will turn down the power of the 5G broadband connections for the first 6 months but otherwise will not delay the rollout of 5G.
The FCC says there is no evidence of interference, however that statement is in direct disagreement with a study from the RTCA.

For now, It looks like air travel will have to deal with 5G NOTAMs and possible interference.

Youtuber Under Investigation
The FAA has confirmed it is investigating Youtuber Trevor Jacob for parachuting out of a plane he claims had an engine failure over the mountains.
Lots of problems and concerns with this video, with many folks, believing it to either be fake and/or highly irresponsible.
According to the airman registry, there is one person named Trevor Jacob, with a private pilot, issued on 6/16/2020.
As of Tuesday, the video had over 300k views, and comments were turned off.

United Triple Time
United Airlines is offering pilots up to 3.5 times their normal pay for picking up extra trips next month.
Airlines canceled over 10,000 flights this holiday season, mostly due to staffing issues.
Overtime rates could reach $1000 an hour for an experienced captain, while a first-year FO for a regional airline could get almost $400 an hour.