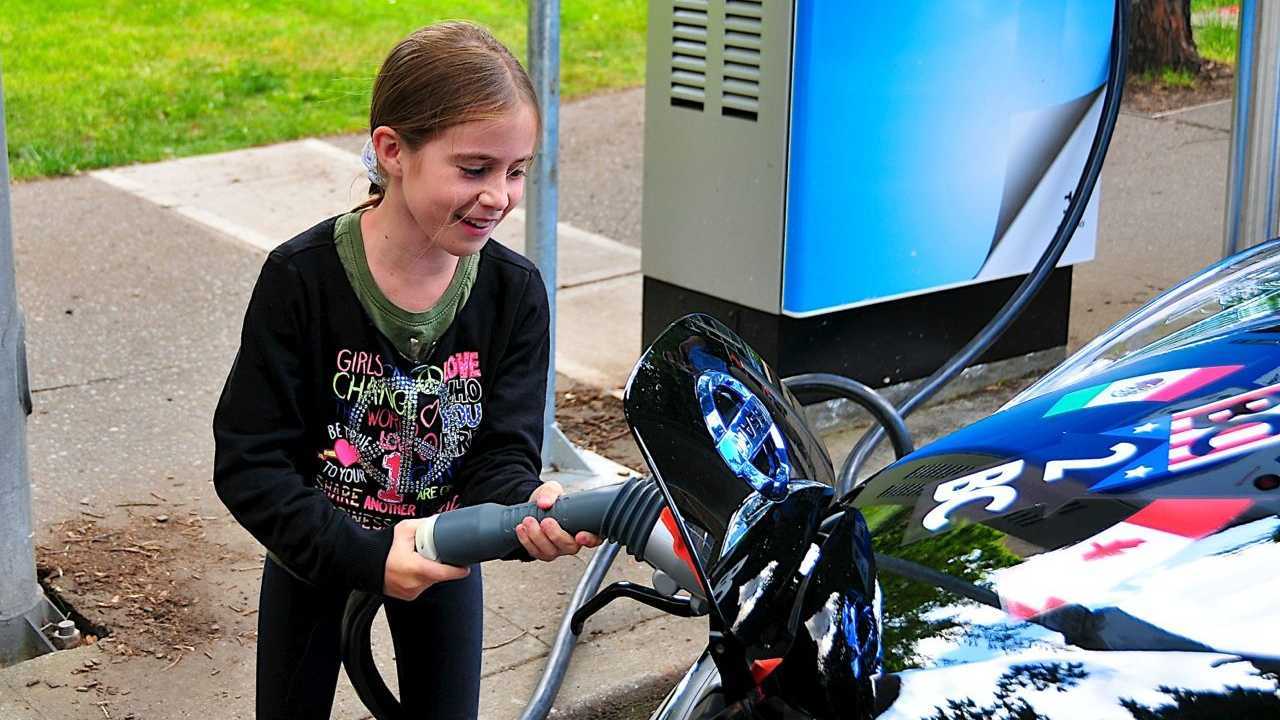 I’m going to Canada from Mexico and I’ll be driving a brand new Nissan LEAF.

I will be driving over 1600 miles (2575 km), just like I did 10 years ago. This trip will be conducted June 18-21, 2022, during the 10th anniversary of the original All Electric Vehicle Rally from Baja California, Mexico to British Columbia, Canada. We called that original trip simply “BC2BC.”

That first journey was conducted on June 12-20, 2012. Originally, it was just a brand new 2012 Nissan LEAF, then just two weeks old, plus my then 10-year-old daughter, Kendal. It was the first time an Electric Vehicle (EV) was driven between the two countries, and the first electric vehicle to cross both Oregon and Washington State using only “DC fast chargers”. Each of those two states were crossed in just one day.

This year, 2022, it will be just me, solo, with another brand new Nissan LEAF. Some of you are likely asking, “Why wouldn’t you want to crush the time record, from the original time you set 10 years ago of 9 days, by using the most capable electric car, with the most cable electric recharging infrastructure?”

For the record, in 2022, it’s not a Nissan LEAF, nor is it the Nissan LEAF charging infrastructure, that will set any time records! Think of this as a parade lap, and not a race. We proved that it could be done in 2012, and we brought attention to the state of California as to the woeful state of recharging infrastructure in 2012, compared to Oregon and Washington state with their brand new “West Coast Electric Highway”.

In June of 2012, my choices for an all-electric powered car were the Tesla Roadster (very expensive, quirky, rare, and not a mass-market vehicle, and already discontinued), the Nissan LEAF, the very rare Coda, or the Mitsubishi iMiev. The Tesla Model S did not yet exist, the Tesla Supercharger network did not exist. There really wasn’t much fast-charging infrastructure available even for the Nissan LEAF. Outside of Oregon and Washington states, there were only a few DC fast chargers in all of California. At least one didn’t work, at least one was locked behind a fence, and most of them were poorly implemented. I believe I only used two of them in the entire state of California.

5 years ago, Alex Bessinger drove my 2014 Toyota RAV4 EV (this car uses a Tesla drivetrain) from our shop in San Diego County, California to near the Canadian border in about 45 hours. Not a true BC2BC, but substantially the same route. It was a vast improvement over the 9 days required in 2012.

How fast could this trip be done if it were a “Cannonball Run” type event? First, I would suggest that the entire trip be driven on both the shortest and fastest route, Interstate 5, which is only 1383 miles (2226 km), instead of the 1600+ miles of my route. Assuming an average speed of 66 mph (106 km per hour), which includes all recharging time, the journey could be driven in about 21 hours. Is “66 mph” even possible? It appears “yes” is the answer.

Last year, a Tesla Model S crossed the USA, from “sea to shining sea”, from east to west, in 42 hours and 17 minutes. Over the course of 2800 miles (4500 km) from the Red Ball Garage in New York City to the  Portofino Hotel in Redondo Beach, California required an average speed of 66 miles per hour. It is possible.

If the Cannonball Run is considered a marathon, then the BC2BC event might be a half marathon at roughly half the distance. But, neither in 2012 nor in 2022 will any speed or time record be set with any Nissan LEAF. The drive is simply “accomplished”.

I will be driving the exact same route that I took in 2012, starting at the California / Mexico border in San Ysidro, California on the early morning of Saturday, June 18, 2022. It’s not the shortest route, nor the fastest route. It was the route I needed to drive in 2012 just to accomplish the goal. I expect my 2022 drive, including recharging events, hotel stays, social meetups, picture-taking opportunities, etc, to be about 80 hours over a 4-day period. My average speed will be dismal.

I should depart the Mexican border to arrive at the QC Charge Electric Vehicle Super Center in Vista, California at 9 am that Saturday morning, June 18, 2022. Hopefully, I will see some of you there!  I will likely be leaving by 10 am.

Then, it’s up the California coast of the Pacific Ocean through Los Angeles, Malibu, Santa Barbara, and of course, scenic Big Sur along California Highway 1, for my first overnight in the Monterey and Watsonville area.

Sunday, June 19, will be mostly spent in San Jose, California, where my company staff and I will be meeting with electric vehicle owners from the area. A few of them will be folks that my daughter and I met ten years ago when I gave a talk to the membership of the Electric Auto Association of ‎‎‎‎‎‎Silicon Valley during the course of the original BC2BC.

Then, it’s a drive through San Francisco and over the Golden Gate Bridge. Hopefully, I’ll arrive late that Sunday evening at the historic Benbow Inn in Garberville, California. We recharged there while eating dinner in 2012.

I was only stopped by police once in 2012, and that was just north of Garberville at 2 am, for driving too slow. Even though I impressed upon the California Highway Patrol officer that I wasn’t drunk, he had me do a roadside sobriety test. My daughter took a picture from inside the car. I’m convinced that he had never heard of a Nissan LEAF, and I’m equally confident that he never would want one after seeing our 75-mile range car. The Nissan LEAF that I will be using this year has a 226-mile range. It also can charge twice as fast, at up to 100 kW.

I think that I’d like to walk across the border to Canada if it’s not too late, and I can meet the COVID era entry requirements for Canada.

We will post a link on our website, QCcharge.com for tracking my progress in real-time using the Bluelane app. Here’s the planned route with Google Maps:

Don’t be bashful about saying hi at one of the many stops I’ll be making along the way!