Why Jim Carrey Is STEPPING BACK From Hollywood (Exclusive) 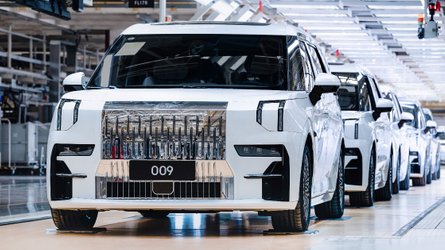 Zeekr, which is Geely’s premium electric vehicle brand, has started production of the 009 MPV at its facility in Ningbo, Zhejiang, with deliveries expected to begin soon after in China.

It’s also worth noting that the Zeekr 009 with the bigger battery pack is the first production vehicle to feature CATL’s series-produced Qilin lithium-nickel-manganese-cobalt cells, the company’s third-generation of cell-to-pack (CTP) technology. The revised Zeekr 001 will also feature the same 140-kWh battery, but because we’re talking about a smaller and lighter vehicle, the range is rated at an impressive 641 miles (1,031 km).

The electric 009 has six individual seats wrapped in Nappa full-grain leather, with a massaging function for the second row – the most important one for the Chinese market – as well as a ceiling-mounted 15.6-inch screen. As an option, customers can spec their luxury minivan in a 2+2 executive configuration, for even more exclusivity.

With production now underway, deliveries are soon to follow on the Chinese market, where luxury minivans are the hot new thing among premium brands.