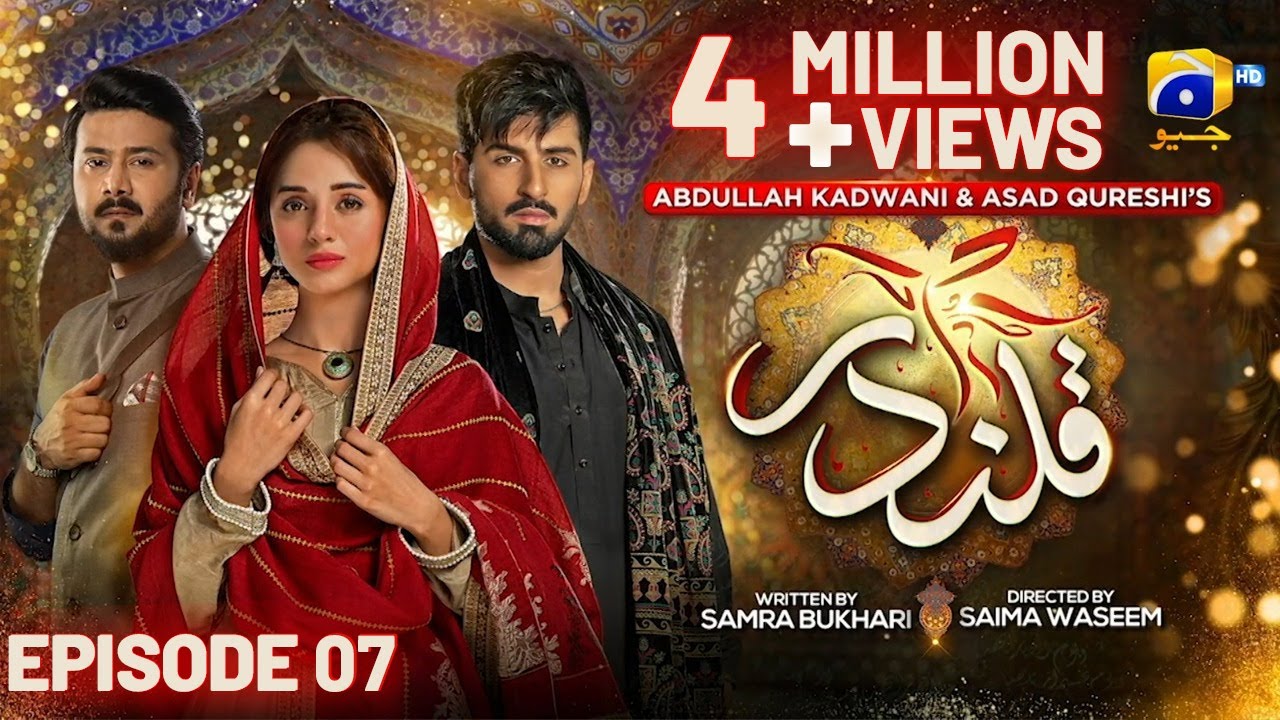 Thanks for watching Har Pal Geo. Please click here to Subscribe and hit the bell icon to enjoy Top Pakistani Dramas and satisfy all your entertainment needs. Do you know Har Pal Geo is now available in the US? Share the News. Spread the word.

Qalandar is a story of a girl’s firm belief in her God and His decisions while the rest of the world continues to hurt, defame and challenge her.

Dur-e-Adan is a young and innocent girl who has grown up under the care of her uncle and aunt. Despite being an orphan at an early age, Dur-e-Adan doesn’t complain about her challenges and difficulties.

On the contrary, Tabriz is a handsome young man who aspires to achieve great things in life. Living in the same locality, Tabriz’s parents find Dur-e-Adan suitable for him as a life partner. However, Tabriz’s life takes a surprising turn when Sumbul hailing from a wealthy family falls in love with him. In efforts to secure his future financially, Tabriz forgets the gift that he has been bestowed in the form of Dur-e-Adan for this world and hereafter. Soon, Tabriz’s half-heartedness and conflicting loyalties in the form of greed begins to reflect in his relationship with Dur-e-Adan.