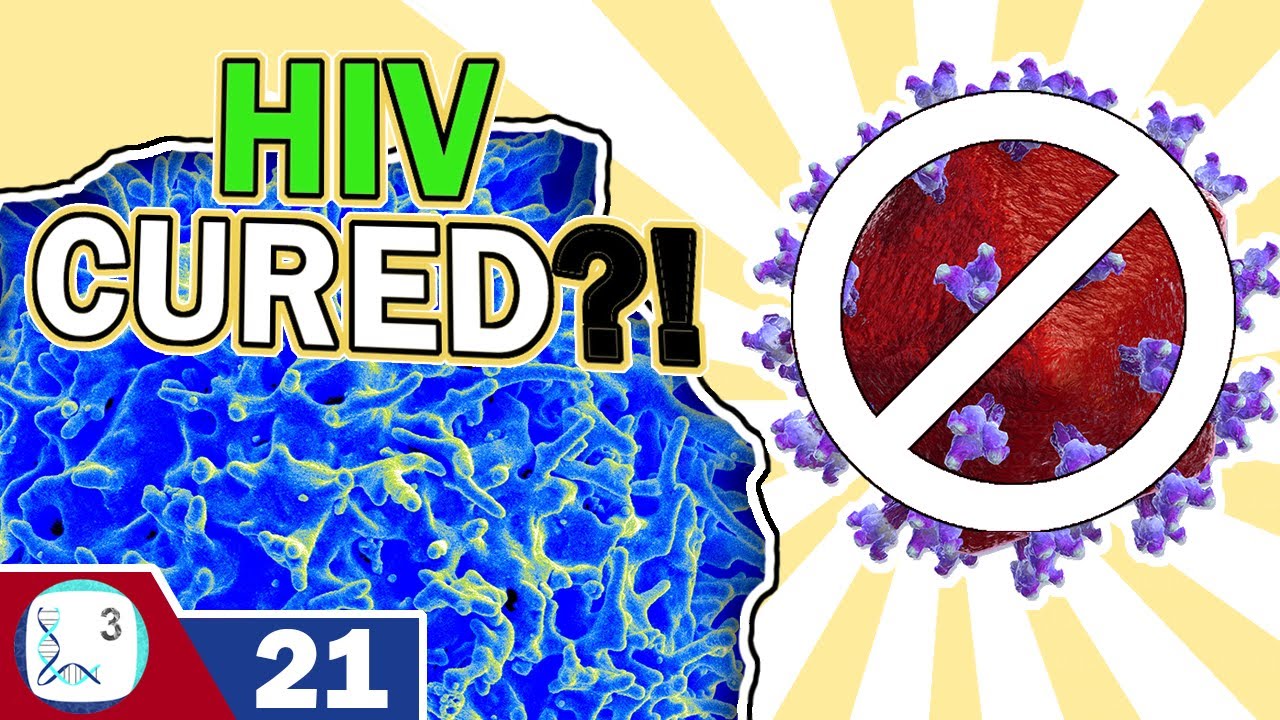 A few days ago, it was reported that a man from London has been cured of HIV. This makes him the second HIV patient which has been cured. But how does HIV work and how can we eradicate this virus?

HIV, or human immunodeficiency virus, is a pathogen and the main cause of Acquired immunodeficiency syndrome, or AIDS. As the term immunodeficiency suggests, HIV gradually destroys the human immune system.
Once HIV has entered the bloodstream, it binds to cells which contain special proteins on their surface, mainly CD4 together with CCR5 or CXCR4. We normally observe high amounts of these proteins on a subtype of T-cells, which are part of the adaptive immune system. HIV enters the immune cell, converts its RNA genome into a DNA genome and integrates its genetic information into the host cell. After a while, the virus becomes active and destroys the cell.
As a consequence, it takes years for AIDS to develop. While HIV replicates quickly in the first weeks (the patient often develops mild flu-like symptoms in this stage), it does not immediately destroy all CD4+ cells but largely remains dormant for a while. After AIDS has developed, most patients die from opportunistic infections. These infections are normally easily prevented by an intact immune system but HIV has largely weakened the immune system at this point.
Two patients have been cured for HIV through stem cell therapy. Since they also suffered from a type of cancer, they received chemotherapy and hematopoietic stem cells from a HIV resistant donor (the donor has a mutation in CCR5). However, this approach is not feasible on a larger scale, as matches between donor and recipients are highly unlikely and chemotherapy has many side-effects. Instead, we could use CRISPR Cas9 to genetically engineer hematopoietic stem cells of the patient. Alternatively, we could also use immunotherapy (a form of therapy where we reactivate the immune system to destroy HIV positive cells).