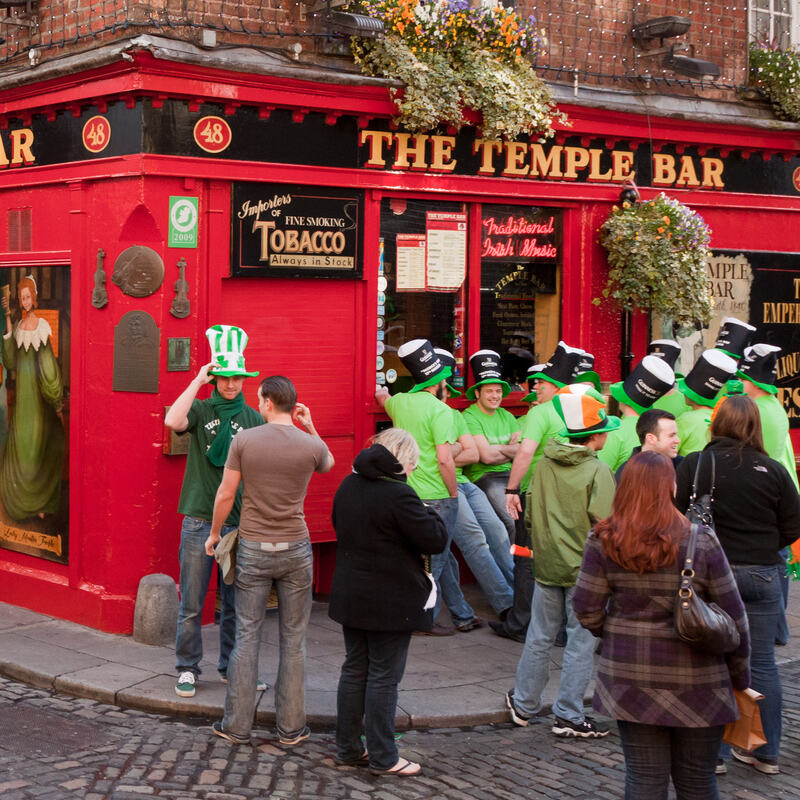 Just over a month after announcing some of the strictest measures in Europe in tackling the spread of Omicron, including the implementation of a curfew right before Christmas, the Republic of Ireland has now decided to lift most of them.

It follows in the footsteps of the neighboring United Kingdom, which has recently scrapped mandatory mask wearing and even vaccine passports. Now, travelers to the Republic, as well as Northern Ireland (part of the U.K.), can enjoy similar freedoms north or south of the border.

What Is Changing From January 22 In The Republic?

As the Taoiseach (Irish for Prime Minister) Micheál Martin states, Ireland has weathered the Omicron storm and “today is a good day“. From January 22, Irish nationals will return to a level of normality not experienced since before the Omicron cases were first reported.

Among those measures that have been rolled back is an 8 pm curfew that targeted most hospitality and cultural venues, including pubs, restaurants, cinemas and theaters. With Ireland being world-renowned for its pub culture and the bohemian atmosphere of cities like Dublin and Galway, visitors will certainly embrace the change.

Additionally, customers will no longer need to show proof of an EU Digital Covid Certificate to enter venues, bringing Ireland in line with Great Britain and Northern Ireland, which have scrapped the so-called vaccine passports altogether and even social distancing.

On the other hand, Republic officials are being more cautious than their British counterparts, with mask wearing still required on public transportation and most public buildings, at least for now.

With the announcement, American and Canadian tourists will be able to enjoy more liberties, whether in taking more flexible road trips across the mystical Wild Atlantic Way with the family, or going pub crawling until the wee hours with friends in Dublin’s famous Temple Bar district.

The Taoiseach has also confirmed that all restrictions on household gatherings will expire, as will limits on the numbers of event attendees. Especially at a time when other European Union (EU) nations like France tighten mandates, Ireland is sure to become a more attractive destination for overseas visitors.

What About Measures At The Border?

While social curbs have started to be abolished across the whole isle of Ireland, tourists arriving from the United States, Canada and other non-U.K. or EU nations are still subject to entry restrictions based on vaccination status. That does not seem likely to change anytime soon.

Foreign passport holders traveling to Ireland must still complete a Passenger Locator Form before flying and present either proof they have been fully immunized against Covid or a negative RT-PCR test taken within 72 hours of arrival. Unlike other EU nations like Spain, Ireland has not yet not confirmed it will require booster shots for travel from February 1, as per EU guidelines.

Previously, pre-departure testing for both the vaccinated and unvaccinated was in force, though that has no longer been the case since January 6, proving Ireland is moving ever further away from strict Covid regulations at its points of entry.

As for those unvaccinated, the State has been clear it will not accept rapid antigen tests for travel. When failing to qualify as immunized and arriving in the country without a negative RT-PCR test, passengers may be fined and/or sent to prison.

What Rules Should I Follow If I’m Traveling To Ireland Via A Northern Ireland Entry Point?

When due to arrive in the island via a Northern Irish airport, such as Belfast International – BFS, Americans should follow U.K. entry protocols, as Northern Ireland is a nation within the United Kingdom. Even though Northern Ireland and the Republic of Ireland are different countries, entry rules are similar.

When crossing the open border between the North and the Republic, Americans are not required to present any documentation, including Covid certificates, as both entities form a Common Travel Area (CTA), where identity checks are not carried out.

Once inside the Common Travel Area, which also comprises U.K. nations such as England, Scotland and Wales, as well as the Channel Islands and Isle of Man, tourists are equally exempt from customary checks and restrictions applying to those that arrive from outside this zone.

Prior to boarding a flight to Ireland, Americans are advised to follow CDC guidance and beware no international travel is risk-free nowadays, as travel rules may change at short-notice and testing positive while abroad can significantly impact travel plans.

Travel Insurance That Covers Covid-19 For 2022

WHO Urges Countries To Relax Entry Rules For Travelers

Top 10 Places To Visit On Your Trip To Ireland

The Travel Off Path Community FB group has all the latest reopening news, conversations, and Q&A’s happening daily!

Enter your email address to subscribe to Travel Off Path’s latest breaking travel news, straight to your inbox

Disclaimer: Current travel rules and restrictions can change without notice. The decision to travel is ultimately your responsibility. Contact your consulate and/or local authorities to confirm your nationality’s entry and/or any changes to travel requirements before traveling.  Travel Off Path does not endorse traveling against government advisories