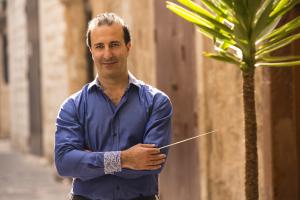 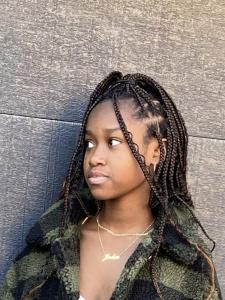 Italian conductor to rebuild harmony with his first-ever Washington, D.C. Concert at the Lincoln Memorial

ITALIAN CONDUCTOR TO REBUILD HARMONY WITH HIS FIRST-EVER WASHINGTON, D.C. CONCERT AT THE LINCOLN MEMORIAL
Concert by ‘Opera Italiana is in the Air’ is part of the group’s mission to find new, innovative ways to expose younger, more diverse audiences to opera.

Italian conductor Alvise Casellati is bringing his unique and popular ‘Opera Italiana is in the Air’ to Washington, D.C. for the first time, with a free concert titled Rebuild Harmony on the steps of the Lincoln Memorial, Saturday, June 4th, 2022 from 6:30 – 8 PM.

Opera Italiana is in the Air is transforming the opera experience and making the beauty of opera accessible and enjoyable to everyone by literally bringing concerts out of the world’s fanciest concert halls and into the open air. Casellati collaborates to bring top professionals in the industry together with young musicians and composers (dressed casually for performances) to create high-quality, outdoor concerts that are modern, diverse, informal, fun, and FREE. Thus far, Casellati has taken his special performances to New York, Miami, Rome, Naples and Milan to showcase Italian opera, this year a candidate for UNESCO World Heritage.

“After more than two years of isolation and restrictions due to the pandemic and now an international conflict, we need to “Rebuild Harmony” and focus on hope, humanity, and healing,” says Maestro Casellati. “I hope that the joy and beauty of Italian opera will bring an injection of positive energy to the audience at this iconic American venue and symbol of freedom, equality and dignity of the people.”

Opera Italiana is in the Air is presented under the patronage of the Embassy of Italy to the United States and the Robert F. Kennedy Human Rights Italia. This event is made possible through the generous contribution of Intesa Sanpaolo, GKSD Investment Holding, the Alexander Bodini Foundation, BEL Real Estate, ENI, the National American Italian Foundation (NIAF), Ferrero North America, and the Foundation for Italian Art & Culture (FIAC).

Alvise Casellati is the Founder and Music Director of Opera Italiana is in the Air, an organization he created in 2017, six years after leaving a career as an attorney to follow his dream of connecting new and diverse audiences to bring Italian opera back to where it belongs: pop music. Today he lives out his “dream”, making the beauty of Italian opera known, accessible and enjoyable to everyone. Since his debut in Italy at the Venice Opera House in 2011, he’s worked with hundreds of artists, dozens of theaters, orchestras, and music festivals throughout the world. Praised as an artist with a very forward-looking vision of classical music, Alvise has walked to the boundaries of music by bringing projects where music is utilized as a life-saving method (collaborating with the Music Therapy department at the Memorial Sloan Kettering Cancer Hospital) or to projects in Italy where the Italian language in opera is used to help the integration of immigrants. In the past few years, he collaborated with soloists of the caliber of Sonya Yoncheva, Leo Nucci, Erwin Schrott, Julian Rachlin, Fabio Sartori, Stephen Costello, Gregory Kunde, Jennifer Rowley, Alessandro Taverna, Giuseppe Albanese, John Malkovich (whose Italian debut was under his baton), etc.; with institutions like Mariinsky Theater, Accademia Nazionale di Santa Cecilia in Rome, Maggio Musicale Fiorentino, Teatro di San Carlo in Naples, Teatro Regio and RAI Orchestra in Turin, Moscow Philharmonic, Teatro La Fenice and Arena di Verona. His musical training includes earning his diploma as Maestro of Violin at the Conservatory of Music in Padova, his native city, and studying at the Juilliard School of Music in New York in 2007. He was also mentored by Piero Bellugi, becoming Assistant to his Orchestral Conducting Masterclass in New York in June 2010. Alvise is also the Founder and President of the Venetian Community of New York and has served as Managing Director of the Foundation for Italian Art and Culture in New York.

Jordan Millar, age 15, is a composer from Brooklyn, New York. She began composing at age 9 in the New York Philharmonic’s Very Young Composers Program. Her piece “Boogie Down Uptown” was performed at several of the Philharmonic’s concert series and profiled in The New York Times. In 2019 she received the ASCAP Morton Gould Young Composers Award and worked with New World Symphony to debut “The Abandoned Castle.” In 2020 she wrote an arrangement of “We Shall Overcome” for the Philharmonic’s first virtual performance. As a Luna Composition Lab Fellow, her piece “Masquerade” was performed by Face the Music and professionally recorded by the International Contemporary Ensemble. Jordan has worked with And Play Duo, Chromic Duo, Mivos Quartet, Argus Quartet, Amoroso Quartet, O Kwarteto and Intersection Music. She also studies with the New York Youth Symphony. Jordan is a 2022 Bespoken Fellow and a featured artist for the McDuffie Center’s inaugural New Music Initiative for Black Voices. A public speaker, Jordan recently co-hosted the New York Philharmonic’s Young People’s Concert “Youth as Creator” celebrating the 25th Anniversary of The Very Young Composers Program. She was also a presenter at Lincoln Center’s Activate and a speaker at the 2018 TED-Ed Youth Conference. www.jordanmillarofficial.com

Opera Italiana in the Air Trailer