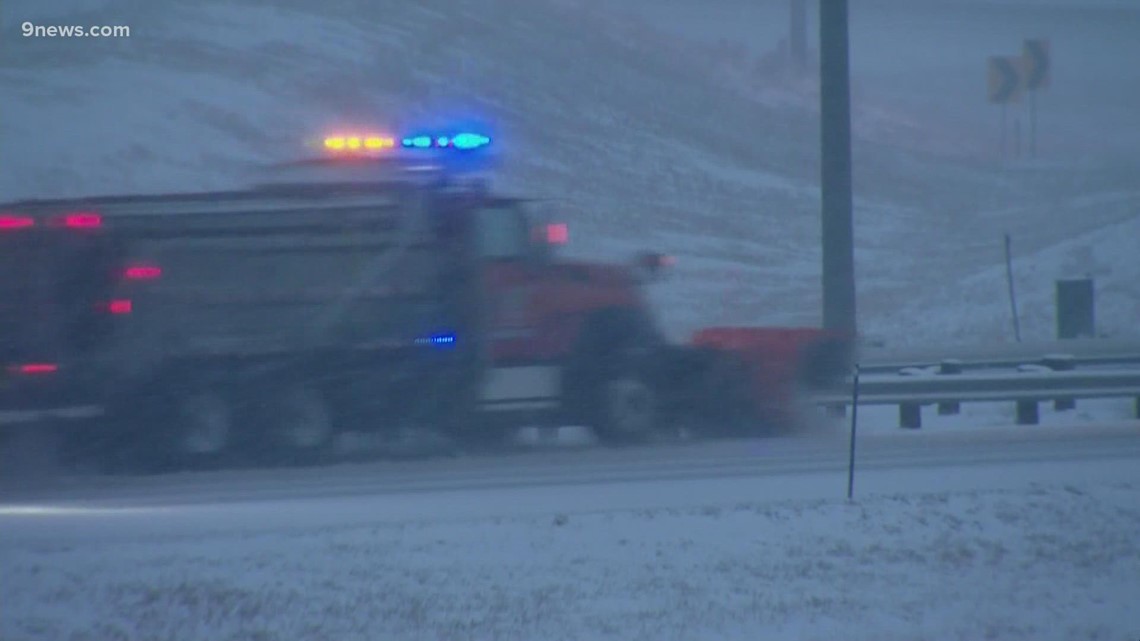 CDOT expects nearly 24,000 people will travel on eastbound Interstate 70 through the mountains Monday.

DENVER — Snow will be falling in the high country Monday just as people return home from their Presidents Day weekend travels.

The Colorado Department of Transportation (CDOT) expects nearly 24,000 people will travel on eastbound Interstate 70 through the mountains Monday, and another 16,000 will be heading into the high country, driving west on I-70.

With more cars on the road and snow on the way, CDOT is asking drivers to be careful, be patient and stay off the roads if possible.

CDOT is also reminding drivers that once the snow starts, passenger traction and chain laws go into effect–so make sure you have the right tires or chains if you’re headed to the mountains.

Snow is forecast to move into the mountains Monday morning before dropping down into Denver and the Front Range after dark.

As much as 2 feet (with locally higher amounts possible) could fall this week in the mountains, bringing them a needed wintry blast after a mostly snowless six weeks. Southern Colorado and specifically the San Juans, the Sangre de Cristo and Wet Mountains may end up with the highest totals from this storm.

That said, the mountains as a whole should end up with a widespread 1 to 2 feet of snow.

In Denver, while a moderate snow event will move through on Monday night and Tuesday morning, the real story will be the bitterly cold temperatures accompanying the snow.

Keep up with the latest road conditions here: